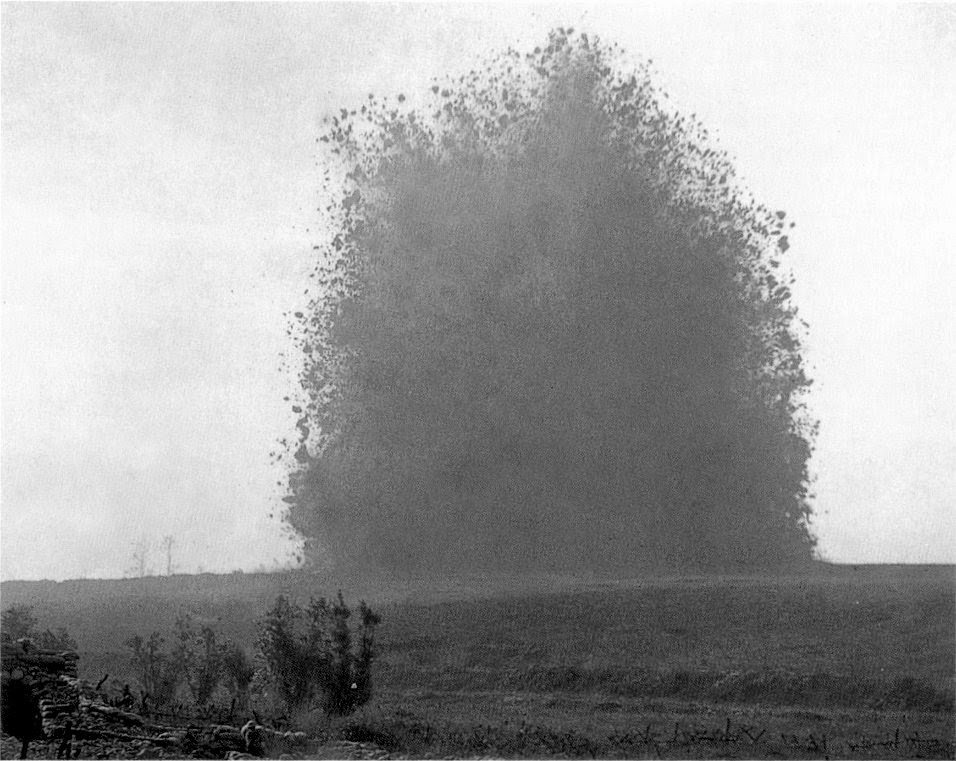 My notes tell me that I interviewed Horace Ham at the Royal Star & Garter Home in Richmond on 5th November 1988 when Horace was aged 93.

Horace Ham was born on the 20th July 1895 and was working as a footman for William Lehman Ashmead Bartlett Burdett-Coutts when war was declared. He takes up the story:

"I volunteered. They came around with a paper while we were working. Would we join? If so, sign the paper. We signed it and they called me up in January 1915 I think. That's when I joined the army. We had to report to Scotland Yard in Whitehall and when we got there there was a queue of people going in there, volunteering. You had to swear [an oath of allegiance] and they gave us the King's Shilling and they said, "Well look, there's three of four regiments: The Essex, The Guards, The West Kents or the 16th Middlesex Public Schools.

"I went to the 16th Middlesex because I went to a public school in Bournemouth. My parents had a small hotel in Bournemouth and I never wanted all my life; I always had a good home. I was a choirboy for seven years in my local church and my father was a church man who used to sing in the church choir and was secretary of the Westbourne Conservative Club.

"We were one of the lucky battalions. We used to go on route marches and come across batalions marching in their ordinary clothes with broomsticks. The idea of our battalion was that being public schoolboys and well educated men, they wanted our chaps  to go in for commissions. We were formed up and we were lucky. We had all our uniform and we had rifles too. We had the old fashioned long Lee Enfields which is a damn good rifle and very heavy. Of course, before we went to France they were all changed and we had the up-to-date modern short Lee Enfield Mark 3."

As his medal index card notes, Horace arrived in France in November 1915 and on 1st July 1916 he was opposite Hawthorn Ridge (picture above) as the British Army detonated 40,000 pounds of explosive underneath the German lines.

"We saw it go up at 7.20am and we were supposed to go over at 7.30. Of course, it was a big mistake. We should have gone over just after the mine went up. They lost a lot of men and there was a hell of a ,lot blown up but you see, it was a proper mess-up. We were told that all the barbed wire would be cut and all the Germans would be dead, all that sort of thing. Instead of that the Germans were very clever. They'd built marvellous dug-outs; I've been in them, I know what they're like. They made them properly, they were like houses underground; beds and everything in there. The Germans said they were going to stay and they built these wonderful dug-outs. When our people started shelling all the troops went down into their dug-outs. As soon as we stopped shelling and started to advance, they came up, put their machine guns up and mowed our fellas down like ninepins. I was lucky. I saw Hawthorn Ridge go up and while we were in the trenches I got hit in the hip with a bit of shrapnel just as we started. I didn't actually get over the trench. I was lucky, just kept my fingers crossed. All my pals got killed or wounded though; gone.

There was five of us sort of all joined up together. There was myself, a fella named Walker, a fella named Richardson and two brothers names Mellish who came from Wembley. We sort of palled up and all went around together in the army. Well on the 1st July I got wounded, Richardson got wounded, young Mellish got through it and Jerry Walker and the eldest Mellish we never heard of, they got killed. [The two men referred to are PS/1491 Alfred George Mellish and PS/1609 Alfred Walker. Alfred Mellish is buried in Hawthorn Ridge Cemetery No 1 at Auchonvillers whilst Alfred Walker has no known grave and is commemorated by name on the Thiepval Memorial]. 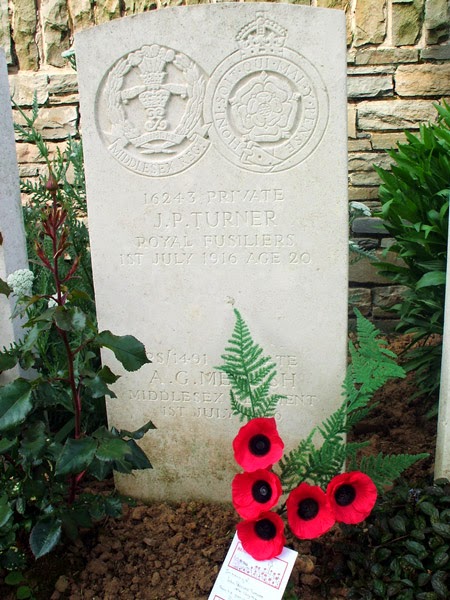 Horace recalled a couple of incidents shortly after he arrived in France.

"We were up the line and I had to go the latrine. In the trenches your latrine was built off a communication trench and if you wanted to go and relieve yourself you had to go down there. It was a beautiful sunny morning, there was nothing going on, no shelling or nothing and I took my tin hat off and walked down there. When I was coming back a sniper just missed the top of my nut. You can always tell when it's a near one because you can hear the bang.

"On another occasion we were holding the line when the colonel came round to make an inspection. He came round with the adjutant, our company commander and the Regimental Sergeant Major. He got to our section and there was a corporal in charge, an older man than me. I was only a youngster then. He was only a little fella and the colonel came up and he's talking to us and he said to the corporal, "this trench isn't deep enough. I want it a bit deeper." He took three steps away from him, the corporal took his place and he got shot right through the head; took the top of his head clean off. Now what I can never understand is I was six inches taller than him and yet the shot hit the corporal. It went right through his time hat: went in the back and came out the front. You've never seen such a mess."

Horace was wounded again in 1917 and transferred to the Army Service Corps. He was finally discharged from the army in April 1919. He died in January 1995 at the ripe old age of 99.