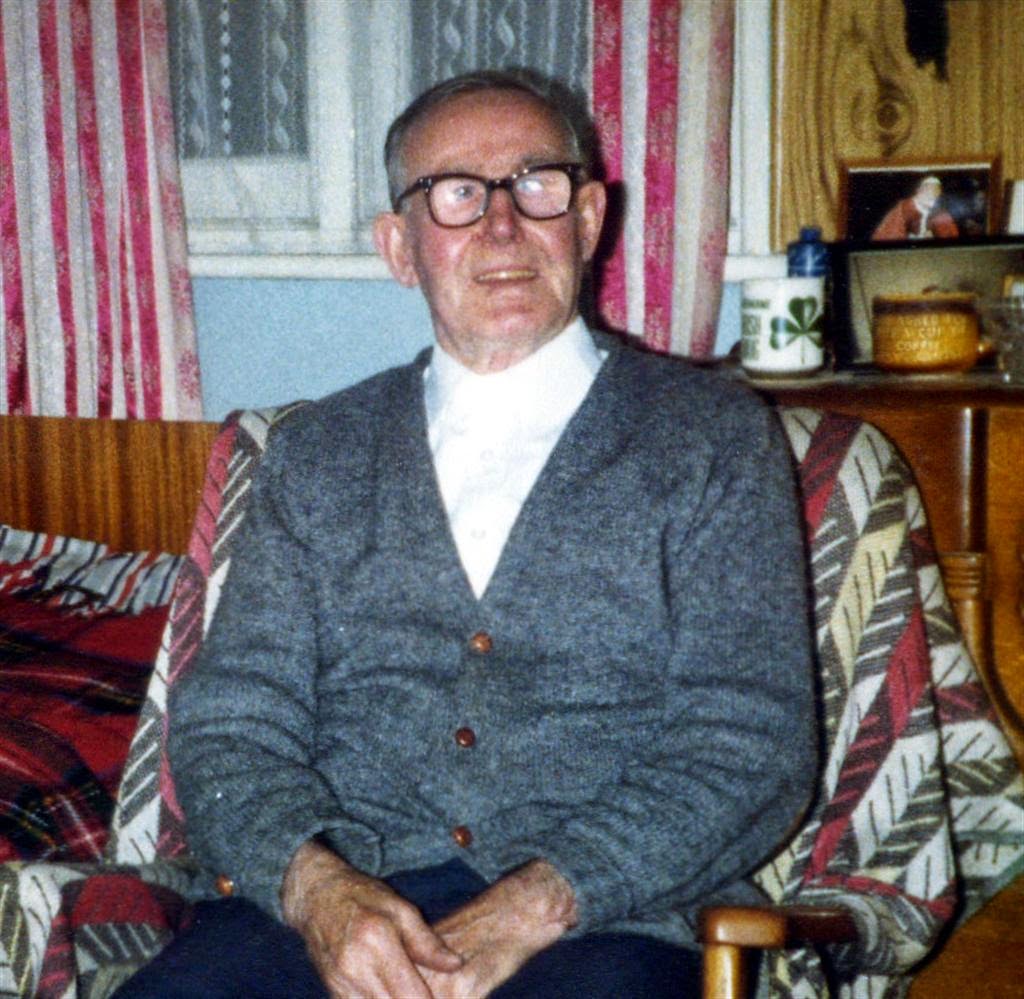 Daniel O'Sullivan was one of the first Great War veterans that I interviewed and I see from my notes that I met him, at his home in Rectory Lane, Chelmsford, on 16th September 1981. My notes state:

"Daniel O'Sullivan had five brothers and three of them died as a result of the First World War. Dennis O'Sullivan died after the war from double pneumonia contracted in Tripoli, Africa. Michael O'Sullivan was shot in the abdomen while in France and "died in a straight-jacket, a madman, shortly after the war." Jimmy O'Sullivan served from the outbreak of war until the armistice in 1918 but was tragically killed when a troop train travelling between Cambrai and Boulogne came off the rails. He is buried somewhere in France although the exact location is unknown. A fourth brother, Davey (or Davy) O'Sullivan, who survived the war was killed by the IRA in 1922 during the Irish Civil War. He was the second southern Irish soldier to be killed by the IRA and was accorded full military honours."

I have been unable to positively identify any of the brothers.

Daniel was born in Cork on 2nd September 1898 and enlisted at Cork on the 16th October 1915 aged 17. He remembered his regimental number and told me he served with the 54th Battery in the 10th Brigade, Royal Field Artillery. This is certainly incorrect as the 10th Brigade comprised 76, 81 and 82 Batteries. Furthermore, the sole surviving document from his service papers notes that he served with 378 Battery in the 169th Brigade.

As a driver, he was one of a three man team helping to pull the eighteen-pounder guns:

"The drivers' day began at 6.30 in the morning when we got up and exercised the horses for about half an hour before bringing them back and grooming them. Breakfast was at 7.30 and at 8 o'clock there were fatigues: cleaning out the stables and polishing the harnesses and so on. There were irregular three-hour inspections which took place at 11 o'clock, and in the afternoon the teams had to stand by and be ready to serve their guns, although we sometimes aided in the transportation of equipment for the infantry. At 5pm the horses were watered and fed before being bedded down for the night, although often we were called out."

Daniel's papers show that he served for a total of three years and 100 days. During that time, he told me, he only had one leave of seven days which he spent at St Omer.

Daniel O'Sullivan later went on to fight in the Irish Civil War, The Spanish Civil War and the Second World War. He died in 1987.