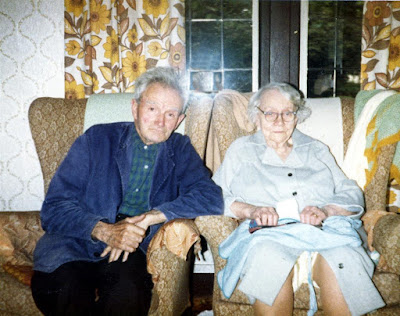 Reg Crane was one of four Great War veterans I met who lived in the Keene Memorial Homes in Broomfield Road, Chelmsford. I see from my notes that I interviewed Reg, and took the photo above, on the 9th September 1981. Reg, born on the 14th October 1896 would have been just short of his 85th birthday. I subsequently visited him many times until his death in January 1986 at the age of 89.

Despite my interest in the First World War it was not old soldier stories that drew me back to Mr and Mrs Crane. Of his First World War service with the 4th Royal Berkshire Regiment, Reg said nothing; his only words on the subject, "we were glad to forget it". He didn't tell me what his regimental number was - and may not have remembered it anyway - and I have been unable to find any reference to him whatsoever in medal index cards, medal rolls or service records.

Born in Newbury, Berkshire, Reg Crane had joined the 4th Battalion, Royal Berkshire Regiment in 1913. The regimental museum in the shadow of Salisbury Cathedral has a single note that he was served Christmas dinner in 1913 and that he belonged to E Company which was the Newbury Company of this battalion; something Reg had told me. He was at Marlow Heights for the annual Territorial Force camp in August 1914 when war was declared and, volunteering for service overseas, after some weeks ended up in Fyfield in Essex and latterly in Chelmsford, Broomfield and Little Waltham where he met his future wife, Agnes. They would marry on the 19th April 1919; Primrose Day as it was known, the day which commemorated Disraeli's death. The photograph below, published in the  Essex Chronicle on the 19th April 1985, celebrated their 66th wedding anniversary which, sadly, would also be their last anniversary. 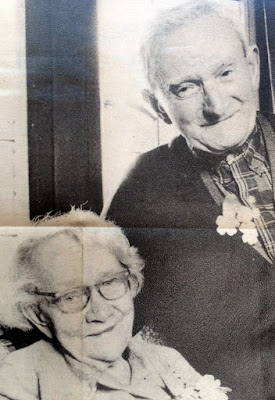 Reg had two tattoos on his arms, a Royal Berkshire regiment cap badge and hands across the ocean, both of these inked in 1914 and artwork which he would regret in later life. He also showed me a photograph of himself in khaki and with some of his chums. I believe the photosw was taken at camp and I regret never taking a copy of it.

As I say, I know little about Reg's First World War service but I remember with fondness his company, times spent with Reg in The Ship and later The Compasses public houses in Chelmsford. I visited him in hospital when he was poorly in January 1986 but he seemed to be getting better and it was a great shock to me when I was told - I forget who told me, now - that he had died. I was in Dunmow and it was a miserable, dank, cold day and I just went out for a walk and remembered our times together.

Agnes Crane, Reg's wife of 66 years died some years later in 1992 at the age of 95. She and her husband had been inseperable and it was certainly a surprise to my parents and me that she lived for as long afterwards as she did. Reg always referred to her as "mum" and she referred to him as "daddy" and I have letters from Mrs Crane which are signed off with a kiss from mum and Reg. I continued to visit Mrs Crane after Reg's death, and my parents also visited her. Indeed, they still have a photo on display at home of Mr and Mrs Crane.

It seems fitting that today, on Remembrance Sunday 2016, that I should remember Reg and Agnes Crane - Mr and Mrs Crane as I always knew them - and remember Reg not just because, due to an accident of being born at the wrong time in history he took part in a truly awful war, but remember him as a kind man whose company I enjoyed very much.